The most beautiful covered passages of Paris, 9th district

Parisian passages and commercial galleries are also magical and timeless streets. The beauty of the architecture and the originality of the shops transform these streets in hidden gems in the heart of Paris. 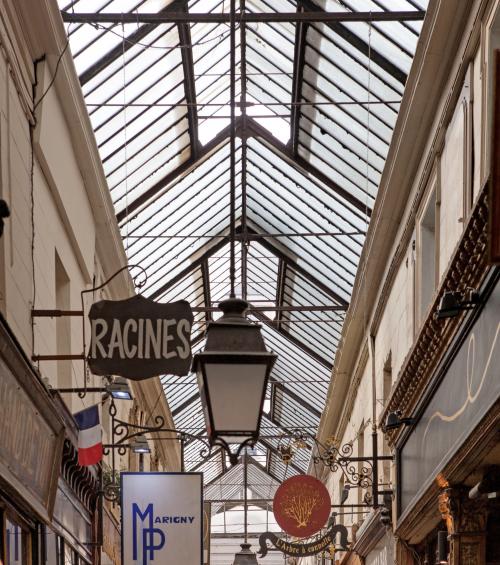 ©The most beautiful covered passages of Paris, 9th district Paris Upside Down

Established in 1799, the Panorama Passage is the first covered Passage of Paris. He preserved his beauty of yesteryear and he is now a high place for commercial activity. 133 meters long, you will find here finest shops of french gastronomy, art artesans, old coins and stamp collectors as well as the Varietés Theater. The old glass roof overhangs some amazing decors like the Marquis chocolate shop, or the Stern printing shop.

Built in 1847, Passage Verdeau is located in the extension of the Passage Panoramas and the Passage Jouffroy to continue your mysterious walk into these covered streets. This passage was previously ignored for a long time because he was everytime compared to the other, maybe more spectacular and full of life. However, Passage Verdeau offers a surprising natural light thanks to his original glass roof and his neoclassical design. You will find there many antique boutiques and insolite shops. 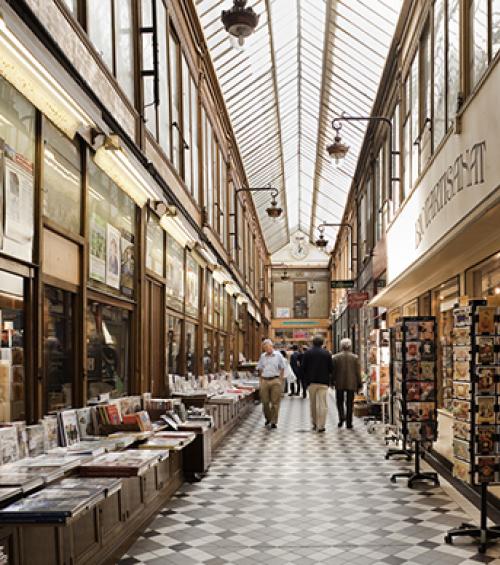 Located between Passage Verdeau and Passage Panoramas, Passage Jouffroy is the one of the most famous of parisian passages. built in 1836, his fascinating architecture plays with a nice contrast between wrought iron and the luminous glass roof. The marble alley welcomes original shops as ancient toy stores, art galleries, jewelry, an old brasserie transformed into a nightclub, french bakeries… In this impressive hodgepodge is hidden the Grévin Museum and the famous wax statues.

Passage du Havre was opened in 1846 to preserve the Lycée Condorcet, the secondary school of the neighborhood, from noises and dangers from industrial activities or bars. Cruel twist of irony, he became the opposit : a place of depravity, where students were able to find pornography, smutty novels, and political brochures. Since then, this passage became more conventional and was transformed in 1990 in a commercial mall with 40 shops over two floors. 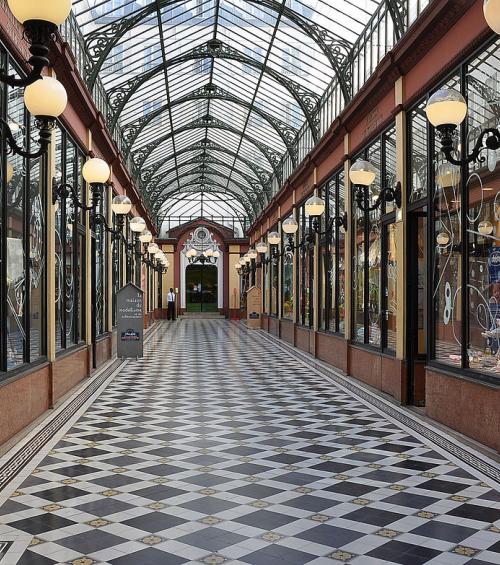 Last covered Passage of Paris built in the XIXth century, Passage des Princes was completely renovated in the 90’s to be adapted to modern shops and offices activities. Some original elements were preserved, such as the tinted glass dome from the 30’s or the old clock designed by  the first owner company, Jules Mirès. Located in the Boulevard des Italiens this passage was a hot spot for mondains. Famous authors and poets like Baudelaire and Parnasse poets were published there, and some expressionist painters were exposed as well. Journalists and businessmen came to the Peter’s restaurant for their corporate lunches. Passage des Princes is also a french historical monument since 1986.

As these Passages, Maison Mère is as well a place of life, an exhibition gallery, and a secret place hidden from parisian madness. After an afternoon walking around these covered Passages and galleries, take a break for tea time at Maison Mère restaurant or enjoy the aperitivo hour at Hey Honey cocktail bar.