What can you do in Paris when the temperatures drop and days get shorter ? There are many alternatives to hibernation : discover 10 activities to enjoy Paris in the winter. 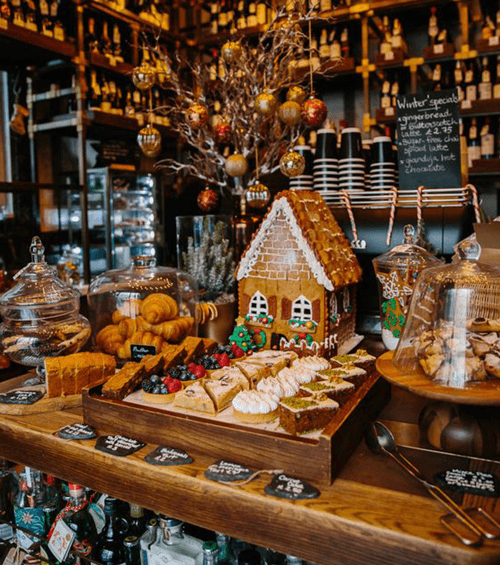 ©10 activities to enjoy Paris in the winter Paris Upside Down

Admire the shop windows of the department stores

Every year from November since 1909, the famous department stores of Paris adorn their shopping windows with magical animations and shows. 15 minutes away from Maison Mère, the windows of the Galeries Lafayette are especially enchanting thanks to the theme chosen every year - for example, The Little Prince or the universe of the Congolese painter Chéri Samba.

Stroll around the Christmas markets

The Christmas markets are a festive and popular event of the capital. The wooden lodges, delicacy stalls, stands of hot wine and chocolate and craft products join in a traditional and convivial atmosphere. 15 minutes away from Maison Mère, the Christmas market of Gare de l’Est displays the very best of Alsacian gastronomy, from bretzels to gingerbreads and Christmas cakes, along with handmade decorations.

Show off on the ice

Put on your skates ! From December to January, several Parisian landmarks set up their annual skating rinks. For impressive pirouettes, go the Bercy Accor Arena or the Tuileries' ice rinks ! ©Maison Mère - The bests spots to picnic in Paris

The covered galleries and passageways of Paris, built in the 19th century to gather swanky shops, have kept their stupefying architecture and the originality of their varied establishments. Around Maison Mère, the Passage des Panoramas, Passage Verdeau and Passage Jouffroy are genuine treasures in the heart of Paris.

Get warmed up at the museum

Around Maison Mère, you will find some of the coziest museums in Paris. The Gustave Moreau Museum welcomes you in a former private hotel, where the French master of Symbolical painting established his workshop in the 19th century. The Museum of Romantic Life and former house of the painter Ary Scheffer restitutes the way of life under the Romantic era, through paintings, sculptures, pieces of furniture, jewelry and objects, some of which belonged to George Sand, another resident of the house.

Contemplate the Sacré-Cœur in a snowy landscape

Located 20 minutes away from Maison Mère, the Sacré-Cœur built around 1830 is distinguished by a Roman-Byzantine style with its dome, bell turrets and elegant steeple. This architecture very peculiar in Paris stands out all the more when it is covered in a white snow blanket. Raise your voice to lift your spirits

The cicada having sung all summer… keeps singing in the winter.  In the district of Maison Mère, you can book a private box at BAM Karaoke with your friends or family to unveil your singing talents on a playlist of more than 25,000 tracks. Let your voice run wild in this Art Déco space faithful to the spirit of Paris.

Go see a movie in an authentic cinema

The 9th arrondissement of Paris is among the richest in cinemas, from the mythical Grand Rex on the Grands Boulevards to the more intimate independent cinemas. The Studio 28 near Montmartre is perfect for the winter, thanks to the heated garden where spectators are invited to meet and debate after the projection of an art film.

Warm your body and soul at Maison Mère

New social nest of Paris 9 at the heart of Village Montholon, Maison Mère invites you any time of day around a well-deserved break, with a selection of sweet and salty snacks and delicious warm beverages. At Nectar, don’t miss the ceremony of tea time, which prettiness only equals its tastiness, or come enjoy our cocktails in the evening !